Colquitt, Georgia: The Colquitt Miller Arts Council welcomes the Dirt Road Sports to Cotton Hall on September 23rd, 2017, in the kick-off event of their fundraising drive benefitting the Millennium Mural Project. The Southern-fried comedy trio will begin at 6PM on September 23rd, with dinner served during the performance. All proceeds from the event will go towards the repair and restoration of the “Nuthin’ But A Will” mural, which was completed in 2005 as a tribute to Colquitt’s volunteer fire department, and has since suffered storm damage. Tickets for the event are $25, and include meal and entertainment. Tickets are available by calling the Arts Council’s Box Office at 229-758-5450.

“Our community takes great pride in our volunteer fire department, and in those individuals who serve within it,” says Colquitt Miller Arts Council Artistic Director Kate Cook. “Because of that, it’s very important to us that ‘Nuthin’ But A Will’ be returned to the beautiful tribute it was originally created to be.” A partnership with the Dirt Road Sports, a Colquitt-based comedy trio which features Colquitt/Miller County Fire Chief Craig Tully, Colquitt City Manager Cory Thomas, and local auctioneer and real estate agent Billy Kimbrel, provided a perfect opportunity to kick off fundraising efforts for the restoration. “We have a strong bond with the Dirt Road Sports through a shared history and our commitment to our community,” continues Cook. “We’re excited to welcome them back to Cotton Hall for this special event.”

“Nuthin’ But A Will” was the 11th mural completed as part of the Colquitt Miller Arts Council’s Millennium Mural Project, which began in 1999 with a grant from the National Endowment for The Arts. It was created by muralist Cheryl Hardin and depicts true stories of the Colquitt Miller County Volunteer Fire Department in Colquitt, Georgia.

About the Colquitt Miller Arts Council: CMAC was founded in 1989 to support the arts in Miller County, Georgia. CMAC supports four main projects: Cotton Hall Theater, which produces Swamp Gravy and other plays throughout the year, New Life Learning Center, an arts-based education facility for children, Market On The Square, a small business incubator, and the Millennium Mural Project. With its flagship project, Georgia’s Official Folk Life Play Swamp Gravy, CMAC seeks to preserve and celebrate the true stories of Miller County and Southwest Georgia through a theatrical experience that empowers individuals, bonds the community, and strengthens the local economy while crossing the boundaries of race, social class, age, and gender. More information about CMAC and Swamp Gravy can be found at http://www.swampgravy.com or by calling 229-758-5450. 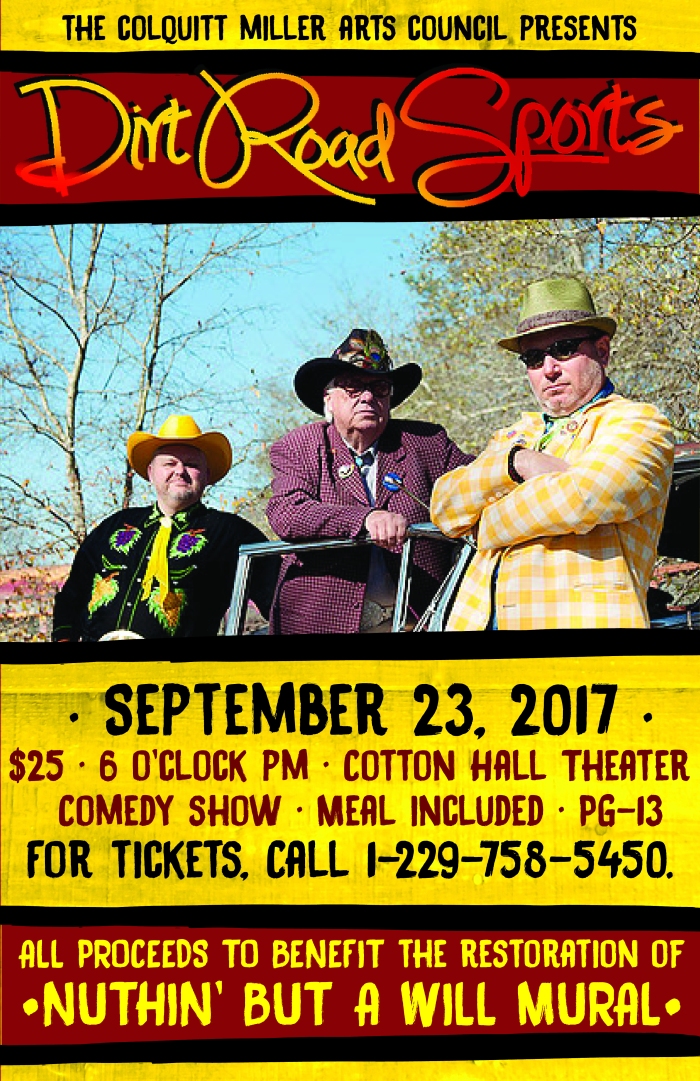 I work with the volunteers and creators of "Swamp Gravy", Georgia's official folk-life play, and I live in Colquitt, Georgia, Georgia's first Official Mural City. Colquitt's got it goin' on, ya'll. View all posts by Swamp Gravy